By adminOctober 13, 2016Blog
No Comments 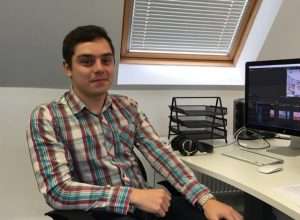 Video editor Jack Attewell has returned to Oxford to join our growing team.

Previously a videographer in London’s high end residential market,  he carried out corporate production work for major firms including Barratt London.  Before then Jack studied Multimedia Production at Oxford Brookes, which included a year’s placement with the creative team at Culham Studio handling video production, editing and filming.

“I’m really pleased to be returning to Oxford, which is a really vibrant place to live and work,” says Jack. “Oxford Digital Media is an impressive company, and I admire their work in drama and documentary. This additional strand makes them think wider than most corporate video companies and therefore an inspiring, creative team to be part of.”

MD James Tomalin says:  “Jack is an incredibly capable addition to our team. As a successful freelance he has proven his technical abilities in commercial video production as well as an understanding of the business world. He has a real ‘can do,’ creative approach to his work.”

Our pre lit green screen studio is able to accommodate a wide range of film and video fx requirements! Excellent acoustics ensure that it’s also idea for recording live sound! We also have a comfy lounge area next to the studio where clients can sit in on sessions or be present! pic.twitter.com/0RjsSLdwsR