Converting an aircraft into an air ambulance

By adminDecember 22, 2016Blog, Uncategorized
No Comments 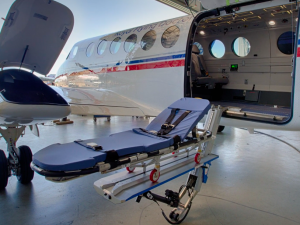 Speed of response for emergency services is critical in preserving life, especially in remote areas.  We produced a video for GVH Aerospace to demonstrate how its AeroStretcher® Mk IV Modular Aviation Emergency Medical System (EMS) enables an aircraft or helicopter to be rapidly converted from utility or transport use into an air ambulance. GVH Aerospace aeromedical equipment is used all over the world, and we produced the film in English and Chinese.  Watch the film here.

Check out our Green Screen studio for dry hire or fully crewed. Only 10 minutes from Oxford station, and an easy drive from the A34 with ample free parking on site. Get in touch for details of our competitive rates. #filming #oxfordidigtalmedia #oxfordvideo #videoproduction pic.twitter.com/07Y3XB2ovI